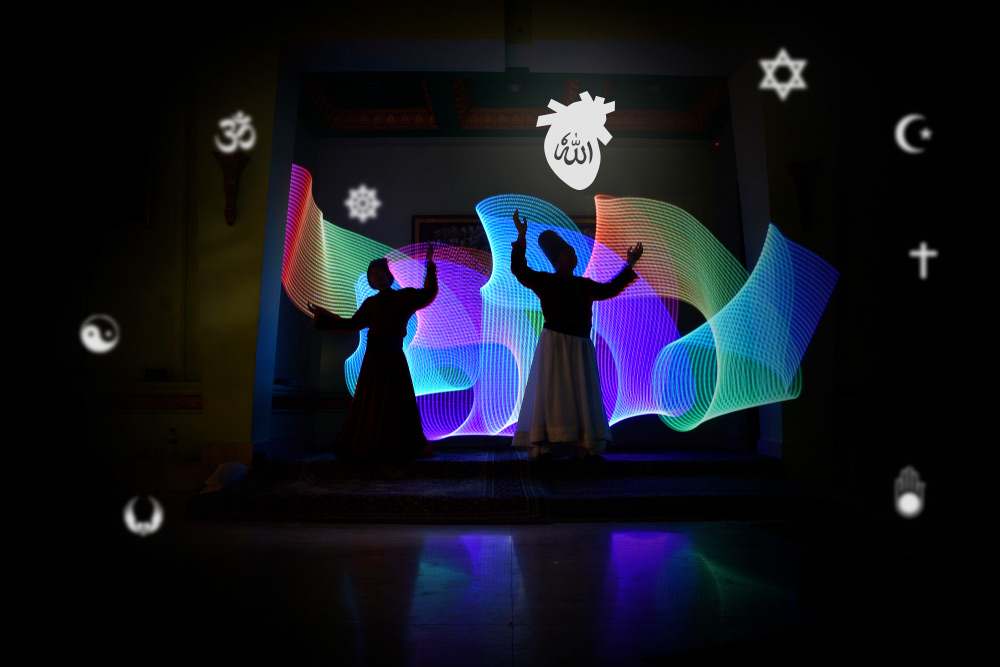 Welcome to the Universal Sufi Order, a global movement with members from all religious, cultural and national backgrounds united through the spiritual sciences.

As the name suggests, we share and pursue divine, universal and immersive spirituality in which one is bridged with God.

How can Sufism be universal?

There has always been an element of spirituality within every major religion, whether it be Kabbalah (Judaism), Christian mysticism, Hindu spirituality or Sufism (Islam). Although the belief system in every religion differs, the core principles of spirituality do not.

We understand that, fundamentally, spirituality is adhered not to a set of beliefs but to the enlightenment and awakening of the souls. Through spirituality, you pave the way for yourself to experience divinity.

In the past, seekers had to be associated with a certain religion in order to learn spirituality. Now, through a newer, broader form of Sufism introduced by the Universal Sufi Master, His Divine Eminence Gohar Shahi, the only association required is the association with God. God’s own spectrum of love encompasses all. Therefore, we don’t need to label ourselves or confine ourselves to a particular set of beliefs to find divine union.

‘The call of Sufism is for those who want to volunteer themselves to love. Sufism cannot be forced upon anybody; it is through the willingness of the heart and then dedication.’ – Sufi Master Younus AlGohar

Sufism, in a nutshell, is a path of mass transformation that fosters a personal, tangible relationship with divinity.

Humanity is the greatest religion

Interested in the Universal Sufi teachings? Learn everything you need to know to get started with our Western Sufi Course – a comprehensive, intensive course for serious seekers. No qualifications needed.

Do you want to experience the difference with the Universal Sufi Order? Why not contact us to arrange an event in your local area (we do not charge money for our services).

Connect with us on social media and share the message.